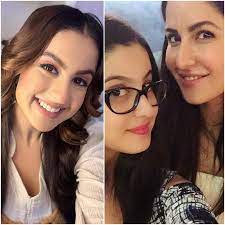 Tunisha was also quite active on social media. She has 1 million followers on Instagram and the actress’s social media account is full of some of the cutest and amazing photos of her.

She was last seen in Ali Baba: Dastaan-E-Kabul in which she acted as Shehzaadi Mariam.

The actress also had a cameo in Salman Khan and Sonakshi Sinha’s starring Dabangg 3.

Tunisha Sharma, one of the famous names in television and Bollywood industry, has passed away. According to sources, the actress died by suicide. According to her reports, during the last few days, she looked tense on the sets and she committed suicide by hanging herself in her makeup room.