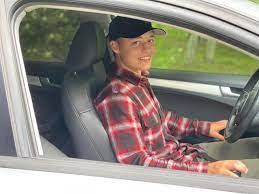 The cops were working New Year’s Eve in Times Square when two of them were struck in the head with a large knife in what police are investigating as a possible targeted attack around 10 p.m., the sources said.

Police have identified Trevor Bickford as the person who attacked NYPD officers with a machete.

One of the policemen, who is attached to the Police Academy, suffered a laceration to the head. A Staten Island officer suffered blunt force trauma to the head. Both were taken to Bellevue Hospital.

A third officer suffered unknown injuries and was taken to Mt. Sinai West. All three were expected to recover.

One of the police officers shot Bickford, who lives in Wells, Maine, in the shoulder after he attacked them on Eighth Avenue between 51st and 52nd streets, the sources said.

Charges were pending against Bickford as of Sunday morning. He remained hospitalized in Bellevue, police said.

One of the police officers shot Bickford in the shoulder after he approached them on Eighth Avenue between 51st and 52nd streets.

Police Commissioner Keechant Sewell described the weapon as a “big knife” and officers released a photo showing it to be 18 inches long.

The officers who were attacked were outside the security checkpoint area, Sewell said.