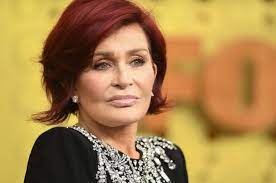 Sharon Osbourne has reportedly been hospitalized after suffering a medical emergency while on the set of a new TV show.

The 70-year-old former “Talk” host “got sick” while filming a paranormal show at the Glen Tavern Inn in Santa Paula, Calif., on Friday, according to TMZ.

A spokesperson for the Ventura County Fire Department also told TMZ that they received a “medical call” from the tavern around 6:30 p.m. local time.

Her current medical condition is unknown.

Osbourne’s representative did not immediately respond to Page Six’s request for comment.

It’s unclear what may have caused the former “X Factor” judge to fall ill when she recently spoke out about major health issues.

However, in May, Osbourne revealed on Instagram that she contracted COVID-19.

At the time, she posted a photo of herself receiving help via an IV drip and gave a peace sign from her bed.

Soon after, however, Osbourne returned to work and appeared on UK television.

Over the summer, the “Charm School” alum had been caring for her husband, Ozzy Osbourne, after back surgery that “changed her life”.

“Our family would like to express such gratitude for the overwhelming amount of love and support leading up to Ozzy’s surgery,” Sharon wrote via her Instagram Stories in June.