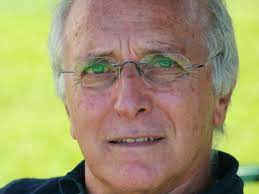 Ruggero Deodato was an Italian filmmaker. He was born in the city of Potenza, in southern Italy. He ventured into various film genres, but was most famous (or infamous) for his extreme horror movies. Deodato passed away at the age of 83 on Thursday in Rome, Italian media reported.

Mr. Deodato had a career that spanned several decades, during which he worked as a conductor, actor, screenwriter, and director. The man grew up in Rome and, at the young age of 7, conducted a full orchestra, but later moved away from music. He learned film directing under the tutelage of Roberto Rossellini and Sergio Corbucci.

Despite having a lot of fingers in a lot of pies, he remained known for his 1980 “found footage” cannibal horror film, Cannibal Holocaust. This film was so gruesome that it even led to accusations against Mr. Deodato that he murdered some of his cast members for the film, but was later vindicated on baseless charges.

After the initial release, the said film was confiscated from wherever possible by the authorities and banned outright. Nonetheless, the film led to a rise in the popularity of hardcore and snuff horror films. However, later, truncated versions of the cannibal Holocaust began to emerge with the most controversial parts edited out.

In addition to Cannibal Holocaust, he also directed similar movies like The House on the Edge of the Park, Cut and Run, and Body Count, among others.

Mr. Deodato’s first marriage to actress Ms. Silvia Dionisio lasted from 1971 to 1979. Together they had one son, Saverio Deodato-Dionisio. His later partner was Micaela Rocco. The director passed away on December 29, 2022.