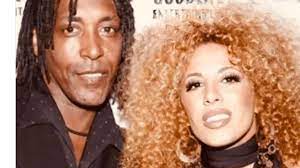 Tina Turner’s 62-year-old son has died after a battle with cancer that devastated his health in just three weeks, his wife has revealed.

Alongside a photo of Ronnie and her late father Ike Turner, she described him as “a fantastic musician and bass player” and an “incredible soul” with the “heart of a giant.”

Ronnie Turner, who had survived a previous cancer diagnosis, was found struggling to breathe outside his Los Angeles home on Thursday morning, TMZ revealed.

Tina Turner, 83, posted a heartbreaking tribute to her son, Ronnie, on Friday after it was revealed that he died outside his Los Angeles home at the age of 62.

Efforts by his neighbors to revive him were unsuccessful and he was pronounced dead at the scene.

The cause of death has not been announced and it is not clear if it was related to his previous cancer diagnosis.

Her 83-year-old mother later posted a grieving black and white photo of herself, writing: ‘Ronnie, you left the world too soon.

‘In pain I close my eyes and think of you, my beloved son.’

Her death comes just four years after the singer’s eldest son, Craig, shot himself in July 2018.

Turner gave birth to Craig when she was just 18 years old, having become pregnant by saxophonist Raymond Hill.

Ronnie was born in 1960, the son of Tina and her husband Ike. The couple broke up in 1976 after Tina accused Ike of beating her, and Ike died of a drug overdose in 2007.

He also adopted his ex-husband Ike Turner’s two sons, Ike Jr and Mike. Ike Jr told DailyMail.com in 2018 that he was separated from his adoptive mother, who now lives in Switzerland with her husband, German music producer Erwin Bach.

Mike keeps a very low profile, with little insight into his private life.