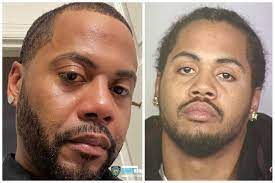 A deranged man stabbed his ex-girlfriend to death at the Brooklyn restaurant where she works after breaking the front door with a chair to gain entry, police said.

Rakien Figueroa, 42, allegedly threw a chair at the CAVA Mediterranean restaurant on Adams Street near Fulton Street and forced his way inside around 7:50 a.m. Tuesday, authorities said.

He then repeatedly stabbed the 39-year-old woman, an employee, with a knife, police said.

Rakien Figueroa, 42, was arrested Tuesday after he allegedly stabbed his ex at a Brooklyn restaurant.

Figueroa forced his way through the front door of the Mediterranean restaurant before the stabbing, police said.

She was taken to a local hospital, where she is listed in stable condition.