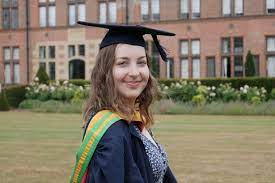 A 22-year-old woman who died after being struck by a police car on Christmas Eve in Liverpool has been described by her family as a “darling” daughter, sister, granddaughter, partner and “friend of many”.

Merseyside Police are requesting witnesses after receiving reports of a collision involving a marked police car on Saturday at around 8:00 p.m. meter. on Sheil Road in the Kensington area of the city. Rachael Louise Moore died instantly.

DS Kurt Timpson of the force’s serious collision investigation unit asked anyone who witnessed the incident to contact police as they “try to piece together the circumstances.” I would also like to ask anyone who has CCTV, dashcam or smart doorbell video to help us get in touch. Police are urging witnesses or anyone with information to come forward. The Independent Office for Police Conduct (IOPC) is also investigating.

Rachael Louise Moore, 22, beloved daughter of Alison and Ian, sister of Ben, and beloved granddaughter of Nana Sue. Jack’s companion and loving friend to many. She will be sorely missed by all whose lives she touched. The family requests that her privacy be respected at this devastating time.”

Ms Moore’s death came a day after the death of a 53-year-old woman in Oldham, Greater Manchester, who was struck by a police car that had been involved in a chase.

“Our sincere thoughts and condolences go out to Rachael’s family, who have been devastated by this tragic incident. Specially trained Family Liaison Officers are supporting them at this time.