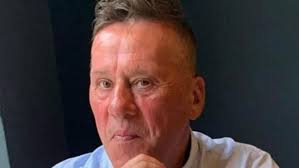 A father of two was stabbed to death in his village home after spending Christmas with his family.

Paul Hanson, 54, was stabbed during an incident at a property in West Cowick, Snaith, last night.

Emergency services responded to the scene on Little London Way at around 7:15 p.m. m., but he died in the hospital a short time later.

A 53-year-old woman was arrested on suspicion of murder and remains in police custody as detectives continue to investigate the incident.

Forensic teams were at the scene of the cream-colored terraced house today.

A VW Golf 12-register convertible and a small Vauxhall van with the badging of a construction company could be seen in the driveway.

Humberside Police said there was no increased risk to members of the public, but officers will remain in the area for the next few days.

A spokesman said: ‘A man who was fatally stabbed at a property in West Cowick on Wednesday December 28 has been named by his family as Paul Hanson, 54.

“We were called by reports of an injured man at a property on Little London Way, West Cowick in Snaith at 7:15pm.

Paul Hanson, 54, was taken to hospital for medical treatment but sadly died shortly after.

A 53-year-old woman was arrested on suspicion of murder and currently remains in police custody while we continue with the lines of investigation.

“Paul’s family continues to be supported by specialized trained officers and has requested privacy at this time.”

Earlier, Detective Chief Inspector Nicola Burnett added: “We understand that news of a tragic incident such as this will cause shock and concern to people in the village and surrounding areas.

“However, I want to reassure people that this was an isolated incident between people who knew each other and as such there is no increased risk to members of the public.