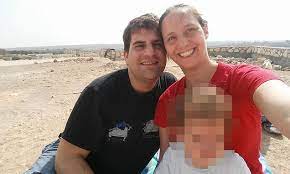 Omer Sella, 40, gave his harrowing account of being run over and realized his wife, Noga Sella, 37, had died after being struck by a car at Canterbury Crown Court.

During an interview, he told detectives: “I felt an immense force hitting me, like a cabinet or piece of furniture being pushed against me.”

I’m not sure if I closed my eyes or lost my vision.

Mr Sella, left with a lacerated spleen, said he was thrown into the air, before thinking: “At any moment I’m going to pass out or die, but I didn’t, I was still awake.”

The father-of-two also said he noticed his wife motionless under the car that had backed up against a bench.

The couple’s six-year-old daughter also sustained a life-threatening head injury during the incident.

Sella said he couldn’t find the girl’s pulse, while his wounded eight-year-old son asked: ‘Is this real? Is this real life?’

Jurors heard Mr Sella’s account at Canterbury Crown Court during the trial of 30-year-old Nitesh Bissendary, who was allegedly under the influence of cocaine when his black Alfa Romeo hit the pavement in Leopold Street, Ramsgate , Kent, killing Cambridge scientist Noga Sella and his 81-year-old father Professor Yoram Hirshfeld.

Prosecutor Nina Ellin said Bissendary fled after the accident, but his parents took him back to the scene to retrieve the drugs while the mother-of-two was still trapped below him.

Dressed in a dark suit, Bissendary leaned forward, head down as the proofs were read.

The tragedy unfolded outside a multi-story parking garage around 9:30 p.m. m. on August 10, when the family, visiting from Cambridge, was walking back to their hotel after a meal.

Jurors in court gasped as security cameras showed the moment Bissendary’s black Alfa Romeo ran onto the pavement and rear-ended into pedestrians on Leopold Street.

Footage also showed the victims hugging and greeting two family members on Queen Street after their meal, just minutes before they were killed.

Jurors then viewed CCTV footage of Bissendary fleeing the scene on foot and contacting her father by phone as emergency services worked on nearby victims.

The emergency services discovered the body of Ms. Sella under the abandoned car.

She was pronounced dead at the scene, having suffered multiple injuries and features of ‘traumatic asphyxia’.

Ms Sella’s family previously revealed that she was five weeks pregnant when she was allegedly struck by Bissendary’s vehicle outside a parking lot in Ramsgate.

It was understood that Ms Sella’s father, Mr Hirshfeld, 81, a former mathematics professor at Tel Aviv University, was visiting her from Israel when the tragedy struck.

He went into cardiac arrest inside an ambulance and was pronounced dead at 11:40 p.m.

Police did not find any defects in the car that could have contributed to the accident, prosecutors said yesterday.

But a subsequent investigation revealed that fluid leaked from inside the mechanism, which Bissendary had allegedly been aware of for about six months.

However, he admitted to assault causing actual bodily harm, failure to provide a sample for testing, and possession with intent to supply cocaine, a Schedule A drug.

Bissendary argues that he crashed after a “momentary lapse of concentration to resolve a clutch problem,” defense attorney Suriner Singh Gohlan told the court earlier.

In an interview with police, Bissendary told officers that he “didn’t intentionally run people over, the car just swerved to the left.”

He claimed there was a problem with a wheel, before asking more questions. 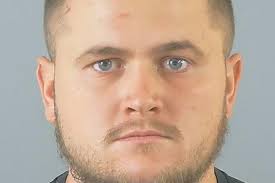