A man in China was rescued after attempting suicide because he was convinced that he had COVID-19.

Mr. Li experienced flu-like symptoms, such as a cough and a high fever, and decided to kill himself to “prevent the spread of the virus to others,” according to reports.

The man was rushed to a hospital after falling from an overpass. He tested negative for the disease, the doctors said.

He suffered severe bone fractures, but is in stable condition. 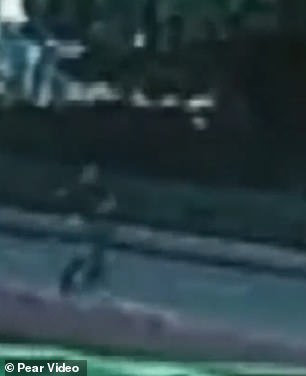 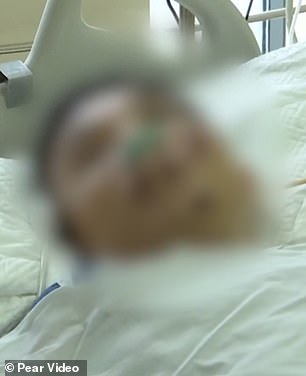 A man (pictured right), known by his surname Li, who thought he had coronavirus has been saved and tested negative for the contagion after jumping off an overpass in China

Li, 27, was traveling in a taxi before the incident occurred last Friday in Changzhou, eastern China, Jiangsu province.

The man suddenly asked the driver to stop when the car was passing the bridge, according to local media.

Mr. Li is seen in the dash camera images sitting in the back seat as he tries to open the car door.

After the taxi driver was forced to stop, the passenger got out of the vehicle and jumped off the overpass.

Mr Li was rushed to a local hospital after the taxi driver called for an ambulance.

Dr Xu, an ICU doctor, said that the patient was in a life-threatening condition when he was admitted to the Wujin People’s Hospital.

‘He suffered severe bone fractures and lost a lot of blood,’ said the medic. ‘We immediately conducted the rescue. Currently, [his] condition is relatively stable.’

The man has been gradually recovering after being treated at the intensive care units for three days. 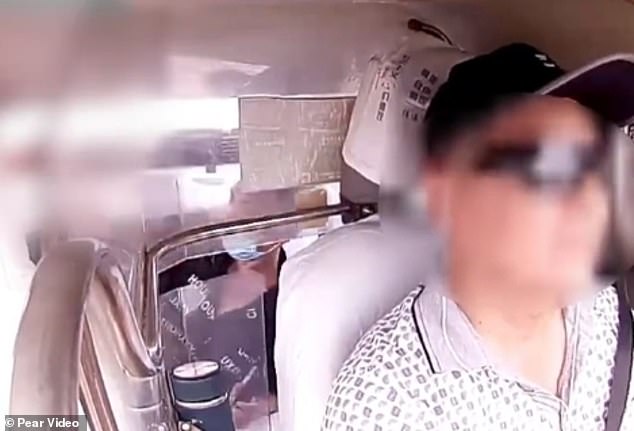 The Chinese man suddenly asked the driver to pull over as the car was passing through an overpass, according to the local media. Mr Li is pictured sitting in the back seat as he tries to kick open the car door before the incident takes place on June 12 in Changzhou city 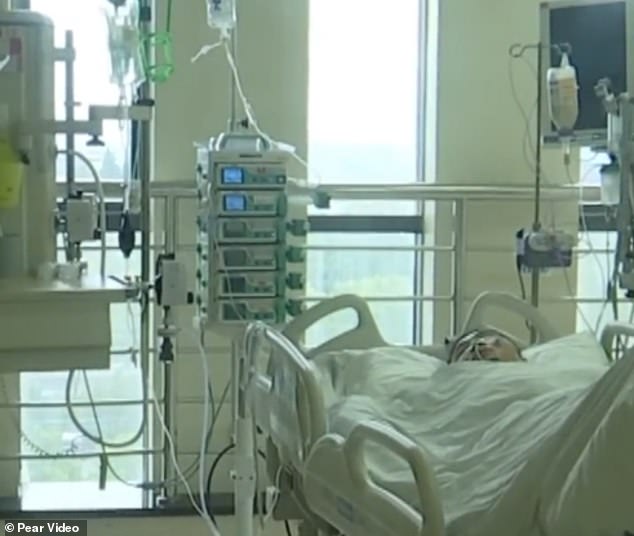 The Chinese man, known by his surname Li, has been gradually recovering after being treated at the intensive care units for three days. He is pictured at the hospital ward in Changzhou

The doctor said Mr. Li’s results were negative after conducting a series of tests for coronavirus on the man.

Li told local media that he believed he had contracted the virus after having symptoms of a cold.

I was coughing and had a fever. I thought I had the coronavirus, ‘said the man.

“I didn’t want to spread it to others, so I jumped.”

Li said he regretted his decision after testing negative for the contagion.

Doctors said I don’t have it. I am not a coronavirus patient, ” Li told a reporter from his hospital bed. “[I feel] sorry.”

Li is currently being treated at the hospital and will soon undergo surgery to help him recover, according to state media.