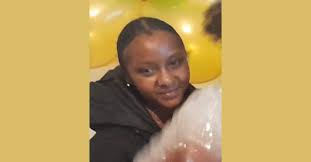 A mother begged her missing 24-year-old daughter to come home for Christmas after she went missing earlier this month.

Maureen Gitau, from Lewisham, was last seen leaving her address in Evelyn Street, SE8 around 8pm. m. on Monday, December 5.

In the days that followed, Ms. Gitau’s family and friends desperately tried to contact her, but were unsuccessful. The young woman was reported missing to the police on Saturday, December 10.

Ms Gitau has links to the Lewisham, Charlton, Woolwich and Deptford areas.

Maureen Gitau, from Lewisham, was last seen leaving her address in Evelyn Street, SE8 around 8pm. m. on Monday, December 5.

Her mother, Jane, said: “It’s very hard not to have Maureen home with us, especially at Christmas. Maureen is very loved and she is a very important part of our lives.

We are desperate to have her back home with us. If anyone knows where Maureen is, please let us know. Maureen, please come home with us.

Detective Sergeant Clare Espline of the missing persons team covering Lewisham said: “While there is no evidence that Maureen has suffered any harm, the longer she has been missing and out of contact, the more concern has grown among her family and friends about as he searches for news to confirm that she is safe and sound.

She added: “If you can help us find Maureen, please get in touch right away.”