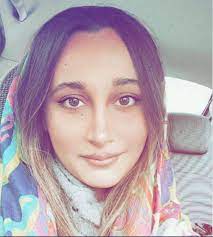 An Iranian woman has been jailed for ten years for “fostering prostitution” after removing her headscarf in a protest.

Mahsa Peyravi, 25, from Tehran, was indicted by Section 15 of the Tehran Revolutionary Court on December 25.

The court found her guilty of “fomenting corruption and prostitution” as well as “gathering and collusion”.

The head of Section 15 is the feared judge Abolqasem Salavati, who has been dubbed “Iran’s hanging judge” by human rights and political activists.

He once presided over the execution of a man, Mohsen Amiraslani, who had described Jonah and the Whale as a fictitious morality tale.

Ms Peyravi was released on bail

Ms Peyravi was released on bail three days after she posted bail of IRR 2.5 billion (£50,000). The verdict is preliminary and can be appealed.

Protests erupted in Iran on September 16 following the fatal beating of 22-year-old Mahsa Amini by morality police for wearing her hijab ‘improperly’.

Women burned their headscarves in Kurdish-controlled northeast Syria. Protests have spread across the Middle East and West since Mahsa Amini’s death.

At least 469 protesters have been killed, while 39 are at risk of execution or the death sentence, according to independent estimates.

It is believed that up to 18,210 protesters were arrested.

Western nations have built up pressure on the Islamic republic to end the violence.

Many people in the Middle East and the West have attended protests to burn their headscarves following the death of 22-year-old Mahsa Amini.

The protesters say they are fed up after decades of social and political repression, and deny having any foreign agenda.

Attending the protests, crowds in Tehran chanted “death to the dictator,” calling for an end to the more than three-decade rule of Supreme Leader Ayatollah Ali Khamenei, 83.