Academics and musicians are facing a backlash over their demands to axe Rule Britannia and Land of Hope and Glory from Last Night of the Proms after they claimed the anthems represent ‘racist imperial propaganda’ that ‘celebrate the British Empire’.

Campaigner Inaya Folarin Iman said criticism of either of the songs was ‘absurd,’ amid claims the BBC was set to axe the songs in the wake of the Black Lives Matter movement.

The broadcaster is considering dropping the patriotic songs from the Last Night concert due to fears of criticism because of their apparent links to colonialism and slavery, the Times reported….

“The British will never, never, never be slaves,” that is racist propaganda at a time when Britain was the leading nation in the slave trade in the world. The idea that we are having this conversation now is a shame.

Her comments were echoed by musicians Chi-chi Nwanoku and Wasfi Kani, who are uncomfortable with the phrase ‘The British will never, never, never be slaves’. 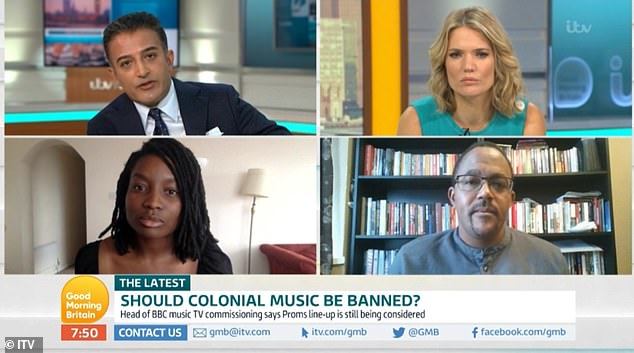 Chi-chi Nwanoku, founder of Chineke! Foundation, which supports future BAME musicians, told The Guardian: “ The lyrics are so offensive, talking about ‘haughty tyrants’, people we are invading their land and calling them haughty tyrants, and the British will never be slaves. which implies that it is okay for others to be slaves but not us.

‘It is so irrelevant to today’s society. It has been irrelevant for generations, and it seems that we continue to perpetuate it ‘…

“If the BBC is talking about Black Lives Matter and its support for the movement, how is it possible that Rule Britannia is the last concert, at any concert?”

She told BBC Radio Four: ‘I’m Indian, my parents came from India, I got a wonderful education in Britain, but I don’t really feel very British when I hear things like that.

Instead, the musician suggested that the songs could be replaced by I Vow to Thee My Country or All You Need Is Love by The Beatles.

Activist Inaya Folarin Iman argued: “ A lot is being done on behalf of ethnic minorities, protecting them and preventing them from being offended, when this is just not how they feel and they are speaking to me for me when in reality their song attracts a lot of people. Joy and happiness.

“Most people don’t listen to the song and say” oh, we want to reimpose colonialism and slavery “, the songs can take on a new meaning, they have become part of a new history that represents pride. 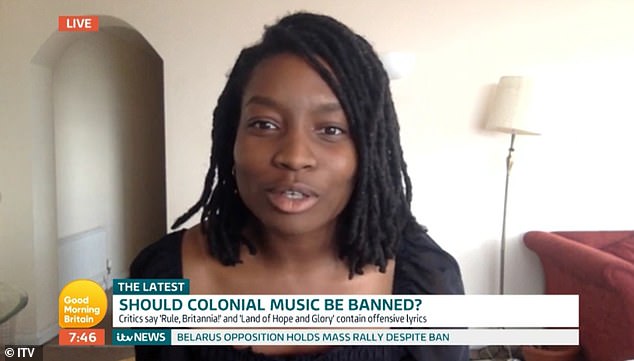 Inaya Folarin Iman said it was ‘absurd’ to call either of the songs racist and imperialist British anthems Rule, Britannia and Land of Hope and Glory could be axed from the BBC Proms amid the Black Lives Matter movement, an insider has claimed. Pictured: The Last Night of the Proms in 2012

who is conducting the Last Night on September 12

Dalia Stasevska, who will direct Last Night on September 12, is said to believe that ‘a ceremony without an audience is the perfect time to bring change’.

“Dalia is a huge supporter of Black Lives Matter,” added a source.

‘It’s not something to celebrate. 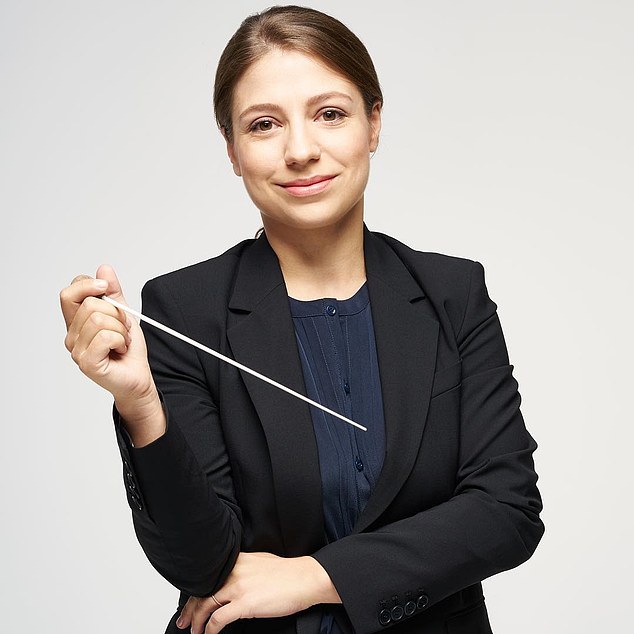 Dalia Stasevska, who is conducting the Last Night on September 12, is said to believe ‘a ceremony without an audience is the perfect moment to bring change’

Who is Finnish conductor Dalia Stasevska?

Born in Ukraine, Dalia Stasevska’s family moved to Finald when she was five years old.

She practiced the violin as a child and developed an interest in conducting in her early 20s.

Use social media to campaign on issues of race and gender equality.

In June, when protests over George Floyd’s death were taking place, she tweeted an image that read: ‘I stand for equality. I am opposed to racism. I stand for love and compassion. ‘

In July, Ms Stasevska encouraged her fans to listen to a BBC Radio 3 debate on the topic of classical music and race.

When Great Britain for the first time, by heaven’s command,

Came up from the blue sky

This was the letter of the earth,

And the guardian angels sang this strain:

The nations not as blessed as you

Must, in turn, fall to tyrants,

As you bloom big and free:

The terror and envy of all of them.

Even more majestic you will rise,

Most terrible of every strange blow,

It serves more to root your native oak.

You haughty tyrants will never tame;

All their attempts to bend you

Only your generous flame will awaken,

But work his affliction and your fame.

The rural kingdom belongs to you;

Your cities will shine with commerce;

Everything yours will be the main theme,

And each shore that surrounds, yours.

The Muses, still with freedom found,

It will repair your happy shores.

And manly hearts to guard the fair.

What is the history of Rule, Britannia and Land of Hope and Glory?

Rule, Britannia originates from the poem of the same name by Scottish poet and playwright James Thomson, set to music by English composer Thomas Arne in 1740.

It gained popularity in the UK after it was first played in London in 1745 and became a symbol of the British Empire, more closely associated with the British Navy.

The song has been used as part of several compositions, including Wagner’s concerto overture in D major in 1837 and Beethoven’s orchestral work, Wellington’s Victory.

Land of Hope and Glory and Rule Britannia could be removed from the Proms
Black Studies professor says the songs are ‘racist and imperial propaganda’
Professor Kehinde Andrews Says Songs Don’t Represent The ‘Modern Moment’
Director Dalia Stasevska ‘believes the concert is the perfect time to bring change’
The claims have been called ‘absurd’ by activist Inaya Folarin Iman
Crowds will be absent from the last night of September 12 amid the Covid-19 crisis
Rule, Britannia and Land of Hope and Glory are traditionally performed at the event.