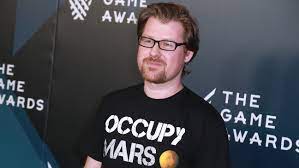 Justin Roiland, co-creator of Rick and Morty and Solar Opposites, is facing domestic violence charges in Orange County, California, based on an alleged 2020 incident.

According to the May 2020 felony complaint obtained by The Hollywood Reporter, Roiland has been charged with one count of domestic battery with bodily harm and one count of false imprisonment for threat, violence, fraud or deception. The complaint alleges that Roiland “intentionally and unlawfully caused bodily injury resulting in a traumatic condition” to Jane Doe “who was in a dating relationship with the defendant.” The complaint further alleges that Roiland “unlawfully violated the personal liberty of Jane Doe with violence, threats, fraud and deception.” NBC News was first to report the news.

Roiland pleaded not guilty in 2020, according to court records, and was released on $50,000 bond in August of that year. Hearings in the case have continued ever since, with the latest taking place on Thursday.

In a statement, Roiland’s lawyer, T. Edward Welbourn, said: “It is hard to overstate how inaccurate recent media coverage of this situation has been. To be clear, not only is Justin innocent, but we also have every expectation that this matter will be on track for dismissal once the DA’s office has completed its methodical review of the evidence. We look forward to clearing Justin’s name and helping him move forward as quickly as possible.”

NBC News reported that “a protection order filed in October 2020 and documented in court records said that Roiland must not harass, threaten, or monitor the person named in the protection order.” The news outlet also reported that during Thursday’s pre-trial hearing, Roiland’s lawyer stated that the show’s creator had been presented with a plea offer; No other details of the plea offer were immediately available.

In addition to his work as a show creator, Roiland has served as a voice actor in a long list of projects, with roles including playing lead characters in his own Rick and Morty (as Rick Sanchez and Morty Smith) and Solar Opposites (as Korvo ) and others. appearances on Mystery Science Theater 3000, Adventure Time, and Robot Chicken, among other projects. He has also executive produced and starred in animated titles Koala Man and the Rick and Morty spin-off The Vindicators.