Jarid Haddock, 21, was earlier identified by police after the attack at 3.30am in Yakima, about 110 miles east of Seattle, left at least three people dead.

At least three people were killed in what police called a “random shooting” that took place early Tuesday morning at a convenience store in Yakima, Washington.

The gunman, who police believe to be 21-year-old Jarid Haddock, remains at large.

“It seems to be a random situation. There was no apparent conflict between the parties,” Yakima Police Chief Matt Murray said in a video shared on the department’s Facebook page. “The man just walked in and started shooting.”

Upon his arrival, officers discovered three people shot to death inside.

Police believe there may be a fourth victim because after the gunman opened fire at Circle K, he crossed the street and went to an Ampm convenience store and shot a fourth person sitting in a car.

Yakima police said the suspect initially stopped at the ARCO gas station and “tried to get into the lobby,” but the doors were locked.

“He then walked across the street to Circle K,” Murray said. “As he walks into the store, he pulls out his gun and there are two people getting food and he shoots them.” Both people died.

The suspect then left the store and shot another person who was also killed.

The man then ran across the street back to the gas station, shot at a gray or silver Chrysler 200 sedan and forced the driver to move to the passenger seat.

The driver’s condition is unknown, including whether he was injured.

Murray said: ‘We believe there is possibly a fourth victim. We don’t know his status.

‘The man, after leaving Circle K, crossed the road and fired at a vehicle.

“The party in that vehicle could be seen moving into the passenger seat and the suspect stole the car from him.”

Surveillance footage showed the person moved to the passenger side of the vehicle as the gunman stole the car and fled. It is unclear if the fourth victim was shot, and if so, whether it was fatal.

The suspect drove away in a gray or silver Chrysler sedan, possibly a Chrysler 200, Murray said. The police do not have a license plate for the vehicle.

“If you see him, call 911 immediately, stay away. The suspect is considered armed and dangerous. YPD and local agencies are following up on the leads,” the department said.

Several roads in the area are closed after the shooting, and all East Valley school districts are on a safe and teaching status, authorities said.

Eleven people were killed and at least 10 others injured over the weekend when a gunman opened fire on an Asian-American community celebrating Lunar New Year in Monterey Park outside Los Angeles.

The violence in California persisted until Monday, when at least seven people were killed in two shootings in Half Moon Bay. Later that day in Oakland, one person was fatally shot and seven others were injured.

On Monday, two students were killed at an Iowa school for at-risk youth, while a third person, the school’s founder, was injured. 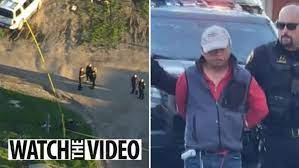 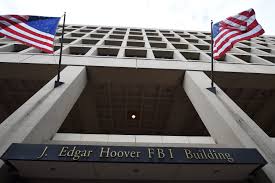 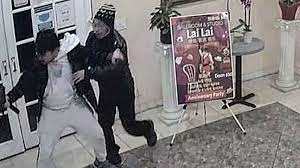