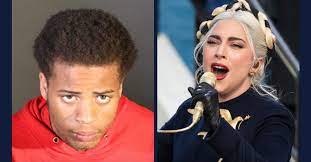 The man involved in the shooting of Lady Gaga’s dog walker during a robbery last year was sentenced Monday to 21 years in prison, authorities said.

In August, nearly four months after he was mistakenly released from custody in Los Angeles, Jackson was captured and arrested in Palmdale, a city north of Los Angeles, the Los Angeles County Sheriff’s Department said.

Jackson was charged in the February 24, 2021 shooting of dog walker Ryan Fischer. He was mistakenly released from jail on April 6 due to what the sheriff’s department said was a clerical error.

Jackson was also charged with one count of assault with a semi-automatic firearm and carrying a concealed firearm in a vehicle. Those charges were dropped with the guilty plea entered Monday, NBC Los Angeles reported.

Two dogs were stolen, and Jackson allegedly shot Fischer in the chest with a .40 caliber handgun. Fisher survived.

Jackson and two others were charged with attempted murder, conspiracy to commit robbery and second-degree robbery. Two other people were accused of being accomplices in the act.

Other charges, including attempted murder, conspiracy to commit robbery and assault, were dismissed as a result of his guilty plea, Assistant District Attorney Michele Hanisee told the news outlet.

The dogs, Koji and Gustav, were handed over to police unharmed days after the theft. Lady Gaga had offered a $500,000 reward for her return.

The Los Angeles Police Department said at the time that they did not believe the thieves knew the animals belonged to the musician, but instead targeted them because that breed of dog is expensive.

The American Kennel Club ranked French bulldogs as the second most popular dog breed in 2021.