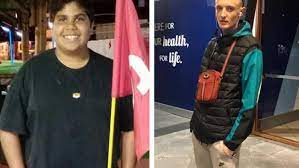 The man accused of beating Cassius Turvey to death with a metal pole as he walked home from school in Perth is facing court.

Jack Steven James Brearley, 21, has been charged with murder for the alleged attack on the 15-year-old boy.

Dressed in a green tracksuit, he confirmed the identity of him at Casuarina prison in south Perth, but said nothing more.

Prosecutor Ben Stanwix told the court that the case was ready to proceed to a disclosure commitment hearing and requested a 10-week adjournment, which was granted.

Noongar Yamatji’s boy, Cassius, died in hospital 10 days after he was allegedly violently beaten while he was walking home from school in Middle Swan with friends.

Brearley is alleged to have chased the youths before attacking Cassius, leaving him with severe head injuries.

His death sent a wave of grief and anger across the country, with leaders condemning the alleged attack as cowardly and racist.

Cassius has been remembered as a loving son and a role model to his friends. He had started his own lawn mowing business and was invited at age 11 to deliver a country award in the WA parliament.

Brearley has also been charged with beating one of Cassius’s friends, who was on crutches.

The 21-year-old was taken into custody until the matter returns to court on March 29.