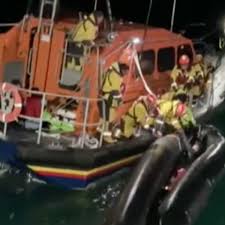 A suspect has been charged with facilitating an illegal entry attempt into Britain after four people died and 39 were rescued when a migrant boat capsized in Channel.

A Kent Police statement said: “The Crown Prosecution Service cleared a charge against Ibrahima Bah for knowingly facilitating the attempted entry into the UK of people he knew or had reasonable grounds to believe were asylum seekers.

“The 19-year-old, with no fixed address, has been taken into custody and will appear before Folkestone Magistrates Court on Monday 19 December.”