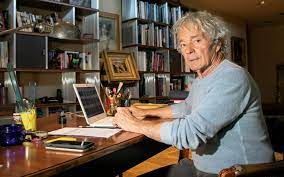 An art dealer accused of being behind the forgeries that fooled London’s National Gallery and tricked Sotheby’s into parting with millions has been charged with the art world’s “crime of the century”.

The dealer and collector could face trial after being accused of organized fraud, money laundering and counterfeiting in Paris.

Ruffini and Frongia claim they are innocent. The dealer claims that he was lucky to find the lost works of Van Dyck, Correggio, Pieter Brueghel, Van Bassen and others.

In 2019, Frongia was arrested in connection with a fake El Greco painting titled Saint Francis, which was taken in 2016.

Italy rejected an extradition request from France for lack of evidence. He was released on bail and the case was dismissed.

Ruffini’s ability to constantly find lost masterpieces had raised suspicions from the police.

Young woman looking at a row of paintings in a gallery
In 2014, after French authorities received an anonymous letter linking it to forgeries, police launched a formal investigation. In 2019, a French judge issued an international arrest warrant for Ruffini, who was residing in Italy at the time. However, he managed to avoid extradition as he was also defending tax charges in Italy.

Ruffini was cleared of the tax charges earlier this year. In November, Ruffini turned himself in. “He is determined to prove his innocence in a court in France,” Federico de Belvis, his lawyer, said at the Italian police station where he turned himself in.

There were reports that Ruffini had left his home in Vetto Reggio Emilia in northern Italy, but his lawyer said he was unaware French authorities were looking for him.

“No one knocked on his door,” he said. He came because he read about the order in the newspapers.

Ruffini is under house arrest and electronic surveillance in France.

It has taken eight years of investigation costing tens of millions of pounds to bring the alleged counterfeiting ring under control.

It had been claimed to involve Ruffini’s friend Pasquale Frongia, nicknamed Lino, an Italian painter known as the ‘Moriarty of fakers’, who is believed to be the artist responsible for the fakes. He has not been tried for forgery.

Among the forged works of art Ruffini is believed to be responsible for is a painting of Saint Jerome purportedly by the 16th-century Italian artist Parmigianino. It sold at Sotheby’s for around £700,000 before going on display at the Metropolitan Museum of Art.

After experts discovered a modern pigment in the painting, it was announced to be a fake and Sotheby’s had to refund the price to the buyer.