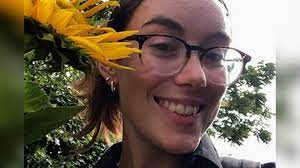 Nature lover Fenella Hawes, 20, was carrying sunflowers to give to her mother Margaret when a car driven by Malcolm Waite ran onto the pavement and struck her.

The student was pronounced dead at the scene, despite her desperate efforts to save her after the collision at Stalham, Norfolk, on July 31 this year.

Waite was nearly five times over the drinking limit and had a bottle of vodka in the car when he stopped after hitting a tree more than a mile down the road.

Now, Fenella’s family is lobbying the attorney general to increase Waite’s sentence, as they don’t believe it reflects the full gravity of his crime.

His older sister, Rosie, a 27-year-old dental nurse, told MailOnline: “Waite pleaded guilty and was given credit for that as far as sentencing was concerned, but we still don’t believe the sentencing took all the factors into account. “.

Criminals receive a sentence reduction of up to a third in exchange for pleading guilty.

Rosie, a mother of two, added: “We as a family were shocked by the ruling, especially after the law was changed.

“Considering the amount of alcohol he had in his system, the fact that he didn’t stop, and the loss to our family, we think it should have been more.”

“We are a very close family and she was the light of all our lives, and now she has been taken from us.”

A Change.org petition has so far attracted almost 4,000 signatures.

“We want to reach as many people as possible and share my sisters’ story, in the hope that this will increase their sentence and discourage other people from driving under the influence,” Rosie said.

Fenella and Rosie’s mother, Margaret, gave a moving victim impact statement to the court when Waite was sentenced, saying she ‘mourns every day’ over the loss of her daughter, a promising student who had been taking science. Naturales at Lancaster University and was ready to go to Honduras on a scholarship trip.

The police investigation found that Waite’s vehicle was faultless and that the weather and road conditions were clear and in good condition.

The court heard Fenella and the teen walking home from work when Waite hit them after witnesses saw his car swerve across the street.

Fenella, who had been studying Natural Sciences at Lancaster University, was posthumously awarded a first class degree from her university after the tragedy.

Ms Hawes described the loss of her daughter in her statement, saying: “Every day I cry, when I wake up, throughout the day at random times for seemingly no reason and when I go to bed at night.”

“I imagine her walking around, so happy carrying sunflowers for me and then getting hit by the car.

“I cry for the future that she doesn’t have because a drunk man decided to get into a car, knowing that it was a weapon that could kill someone, and in fact he did. He killed my 20 year old daughter.

She “she” was a young adult beginning her life and her bright future faded in seconds because of someone she didn’t think about or care about.