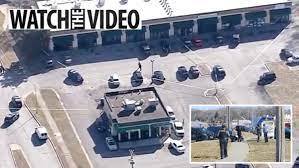 MULTIPLE people were injured after a shooting Friday at a funeral home in Kansas City.

Kansas City police have said three people were shot and two victims are in critical condition.

Local reports indicate that the shooting took place both inside and outside the funeral home.

Police responded to the shooting shortly before noon at Elite Funeral Chapel on Blue Ridge Boulevard in south Kansas City.

Local reports indicate that the shooting took place both inside and outside the funeral home.

Reporters described a large police presence at the scene along with many ambulances, as authorities blocked nearby streets.

The US Sun has contacted the Kansas City Police Department for more information.