Good morning, British viewers were stunned when panelist Dr. Shola Mos-Shogbamimu repeated the word n live in the air during a debate on racism.

Appearing on the show around 8:30 a.m., Dr. Shola was debating whether England rugby fans should be prohibited from singing Swing Low Sweet Chariot, because the song was originally sung by slaves.

During the debate, Piers Morgan asked whether black musicians should be prohibited from using the N word in their lyrics.

The presenter said, ‘If we’re going to ban Swing Low, Sweet Chariot, can we ban rap stars from splashing all their songs with the n word? I have had a problem with that for a long time. 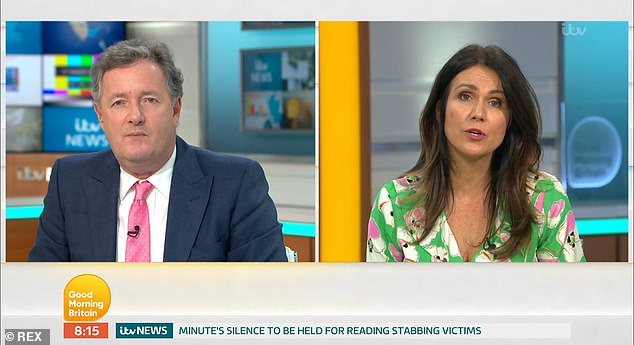 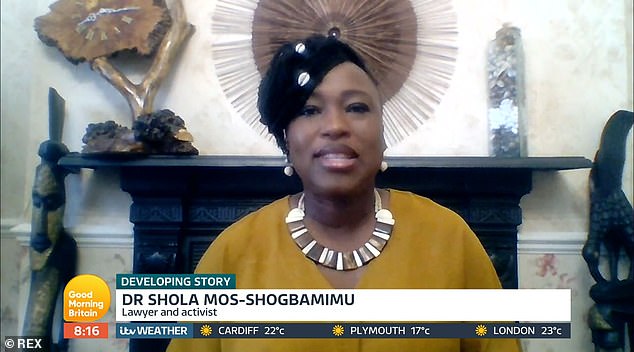 Boris Johnson got into the debate last week, declaring that Swing Low Sweet Chariot should not be banned “because no one knows the words.”

He said: ‘No one from what I understand seems to know the words. Before we start complaining about Swing Low Sweet Chariot, I’d like to know what the rest of the words are … “Swing Low, Sweet Chariot, coming to take me home,” then it all dies out. ”

Viewers turned to Twitter to share their surprise after Dr. Shola used the word twice in a matter of minutes.

The comments sparked some debate about speaking, particularly during the television breakfast.

One user said: ‘Racial insults with their cornflakes, only on ITV.’

There was some praise for the lawyer and activist, one person tweeted that he was ‘killing him’ on the morning show.

James Buckingham said: ‘I get it: Taking possession of the’ N ‘word gives you power over a word used to oppress an entire race almost like sticking two fingers in the past.

“I just wish no one would use the word and leave it in the past, where it belongs.”