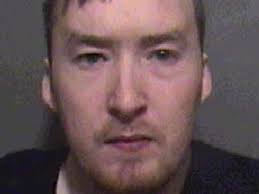 THE sister of a teenager who was brutally murdered 10 years ago is campaigning to keep her killer behind bars.

Sasha Marsden was just 16 years old when she was stabbed to death in 2013 by hotel caretaker David Minto.

Sasha  with her sister Katie Brett

Sasha thought she was being referred for a job, but Minto was actually luring her to the death of her.

He stabbed her over 100 times, raped her while she was dead or dying, and threw her body out of her.

Her body was found burned, wrapped in a rug and garbage bags. He was later discovered in an alley.

The evidence against Minto, who worked at the Grafton House Hotel in Blackpool, was described as “overwhelming”.

Now Sasha’s sisters Katie, 31, and Gemma, 36, and her parents Jayne and Gary have organized two protests on the 10th anniversary of her death.

They will hit the streets of Bolton and Blackpool on January 31st.

The family said that although Minto was sentenced to life in prison with a minimum of 35 years, they believed he should have been sentenced for a lifetime fee.

Minto appealed his sentence in 2014, claiming that the murder was not premeditated and that his intention was only to rape Sasha.