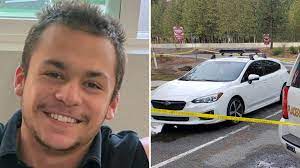 According to the Placer County Sheriff’s Office, Dante de la Torre was found dead Thursday in a “remote wooded area near the Gold Run rest stop.”

Authorities say “there is no indication that Dante’s death was foul play” and he will be taken to the Coroner’s Unit for examination.

The sheriff’s office said Thursday morning that he went to the Gold Run rest stop area around 12:30 p.m. Wednesday to work on a school project but did not return. The Gold Run rest area is located off Interstate 80, northeast of Colfax.

The teen had not contacted his family or friends since he went to the rest stop and the sheriff’s office deployed resources to search for him Thursday morning.

“Colfax High School, along with the entire Placer Union High School District, is heartbroken to learn of the passing of Dante de la Torre as reported by the Placer County Sheriff’s Office. The events and details leading up to his Death is unknown at this time as the Sheriff’s Office continues to investigate.

Such tragedies, especially when they involve young people, are very difficult to process. Chaplains and additional District Counseling staff will be on the Colfax High School campus to provide support to our students and staff as they deal with this devastating news.

Please join us in keeping Dante’s family, friends and the Colfax community in your thoughts during this difficult time. “