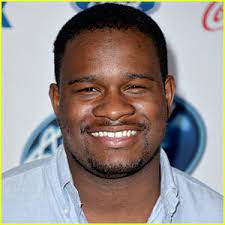 AMERICAN Idol star CJ Harris has died at the age of 31.

A family member revealed to TMZ that CJ apparently suffered a heart attack on January 14 in Jasper, Alabama.

On Sunday night, the American Idol star was taken to a local hospital by ambulance, but did not survive.

CJ auditioned for the 2014 FOX show in Salt Lake City.

The contestant wowed the judges with his rendition of the Allman Brothers Band’s Soulshine.

Judge Keith Urban told the singer: “You sing because you have to sing, not because you want to sing.

“And I mean that in the most profound way. And that’s why it’s so believable and real.”

CJ made it to the top 6 finalists before being cut from the lineup.

The “In Love” singer recently shared snaps from his last performance in Alabama.