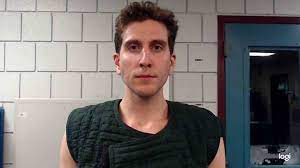 A man was arrested near the Pocono Mountains in connection with the slayings of four University of Idaho students.

Bryan Kohberger, 28, is a person of interest in custody in Monroe County, Pennsylvania, sources confirm to NBC10’s Deanna Durante and Brian Sheehan.

Kohberger appeared in front of a Monroe County judge around 8:30 a.m. Friday, sources told NBC10, and court records show he is currently in the Monroe County Jail awaiting extradition. Other circumstances regarding the nature of Kohberger’s arrest and capture are still unknown.

Police say the four were stabbed to death in an off-campus house rented by the three students in the middle of the night, some with injuries that suggest they fought off their attacker. Research up to this point has been largely empty. Two roommates on the first floor who police say slept through the attack have since been ruled out as suspects.

Bryan Christopher Kohberger was being held for extradition on first-degree murder charges, according to arrest papers filed by Pennsylvania State Police in Monroe County Courthouse. The arrest warrant was issued by the Moscow, Idaho Police Department and the Latah County Prosecutor’s Office.

A law enforcement official confirmed the arrest to The Associated Press on condition of anonymity because details of the investigation could not be discussed publicly before 4 p.m. Eastern press conference. The arrest was also reported by ABC and NBC News, citing law enforcement sources.