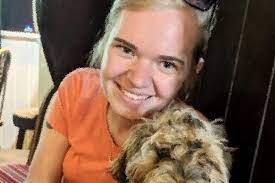 Beth Matthews, 26, was not supposed to open her mail at the Priory Cheadle Royal hospital in 2022 but did so after “inconsistencies” in her care.

A jury determined that a psychiatric hospital failed a mental health blogger, Beth Matthews after she died by suicide. The 26-year-old had ingested a poisonous substance, which she had ordered online and told the staff was protein powder, in March 2020. She was being treated at the Priory Hospital Cheadle Royal in Stockport. The inquest jury found her death was due to suicide and neglect.

Ms Matthews was a 26 year old social media and mental health blogger from Cornwall, SouthWest England. She used to campaign and spread awareness regarding mental health and mental well-being.  Surprisingly, according to the said hospital authorities, MS Matthews had a history of suicide attempts. She was receiving treatment for such compulsive behaviour.

Detailed findings of the Jury

The hearing revealed Ms Matthews, treated for personality disorder, was a complex patient with high suicide risk and a history of attempts. The jury found Priory’s care was inadequate and inconsistent with a lack of communication, inadequate risk assessment, lack of team cohesion and reliance on inaccurate information. The hospital’s management of Ms Matthews’ mail was particularly criticized.

Weeks before her death, she told staff she could purchase something “to do the job.” Staff notes stated that her mail must be checked, but the court heard she was allowed to open a package from Russia with only two staff members monitoring her at arm’s length. The jury found the supervising staff unable to prevent her from consuming the substance and frequently deviated from her care plan.

The Priory Group admitted the care plan had not been followed and if it had, Ms Matthews would not have been able to ingest the substance.

Condolences and praises for Beth Matthews

The mental health blogger described as “vivacious” and “bright” in court, had a significant following on social media. Dr Alind Srivastava, is a  Psychiatrist from Cornwall Partnership NHS Foundation Trust. Previously he testified that the blogger “did a lot of good on social media in helping others by explaining what happened to her.”

The Priory Hospital fully accepted the jury’s findings. It acknowledged that there should have been greater attention given to the blogger’s care plan. They stated that upon her unexpected death, they immediately took steps to address issues. These included documentation of risk and communication of patients’ care plans, as well as processes for receiving and opening mail. The hospital extended its deepest condolences to the blogger’s family and friends for their loss.