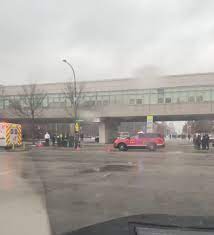 Four teenagers were shot and one was killed outside a Chicago high school, local reports said Friday.

The shooting is said to have occurred near the Benito Juárez High School in the Pilsen neighborhood of the city.

The shooting is said to have taken place when classes were suspended for the weekend.

Chicago firefighters told ABC 7 that all the victims involved in the shooting were teenagers.

According to the outlet, a 16-year-old man was pronounced dead at the scene.

Two other 16-year-old victims, a female and a male, suffered non-life-threatening injuries.

The shooting unfolded moments after school ended for the weekend.

Firefighters told the outlet that the shooting occurred outside the school and that one of the students ran inside during the incident.