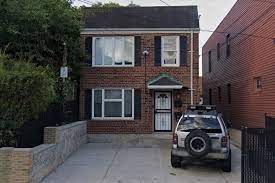 A 23-year-old woman was found fatally shot in the head inside her Queens home after her concerned father contacted police this week, police said Friday.

Alexa Ruiz was discovered lying inside a first-floor bedroom with a gunshot wound to the back of the head when police responded to her Maspeth home on 56th Drive near 60th Street around 8:10 p.m. Wednesday, authorities said.

Ruiz, who was unconscious and unresponsive, was pronounced dead at the scene by EMS.

Her father had come to the apartment earlier to check on her, but she couldn’t get in, so he called 911, police said.

Ruiz’s relatives told police they hadn’t heard from her in days, authorities said.

Officers were conducting a welfare check when they discovered Ruiz’s body, police said.

Police are investigating the case as a homicide, but had no information on the motive or the suspect as of Friday morning.

No arrests have been made.